“I knew I never wanted to work for a traditional bank,” says Bilal Khan, Adyen’s Head of Point of Sale (POS) Operations for the Asia-Pacific region. “We’re in payments, but we’re a tech company first.” 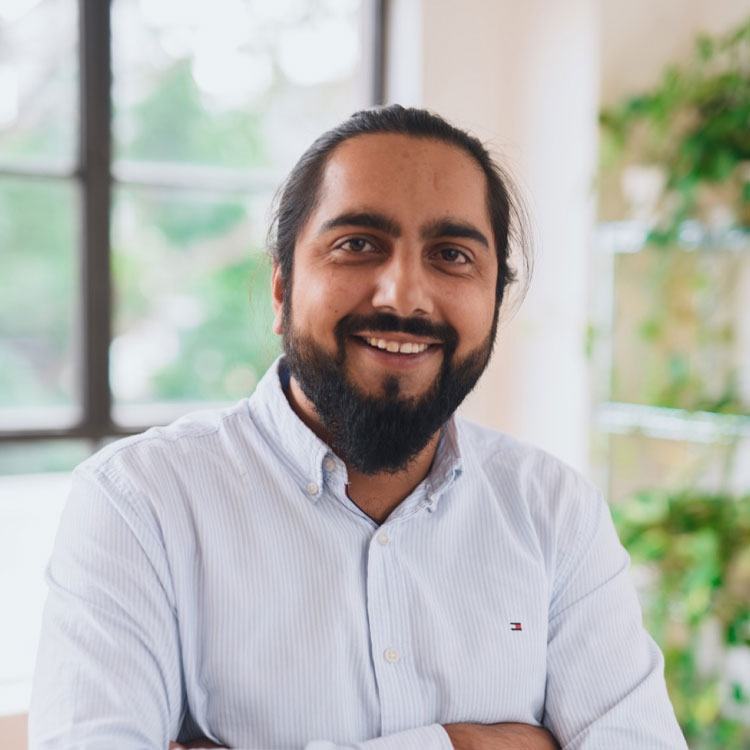 Bilal’s journey with Adyen all started in 2017 when a close friend shared an open position for the POS Implementation Manager for the company on LinkedIn. Having scaled with a locally-based payments business, growing from 38 people to over 500 employees in five years, “it was time for a change,” says Bilal.

After connecting with Michel van Aalten, Adyen’s Country Manager – Australia & New Zealand, about the seemingly perfect role, he was invited for a first face-to-face conversation with the company.

“I literally Googled what to wear to a first interview. I’d not gone through a recruitment process in over five years, and that was for my first job out of university. So, I walked into the office in Sydney wearing a suit that was at least one size too small, with a tie, trying to look presentable like it said to do online. I took a look around and saw the vibe right away – no one was wearing a suit.”

After having a relaxed conversation with Michel about Adyen, the payments industry and how technology is the key to changing the landscape, Bilal decided it was the company for him. “I realized how closely linked our visions were, and even though it was a whole new world for me – bigger and more global – it was one I was familiar with. I have a passion for payments (I know, I sound like a payments nerd) because at the heart of payments is technology. But if you ask Bilal what was the best part of the hiring process, it was when he walked out of the office and Michel said:

“If you start working at Adyen, this is the first and last time you’ll ever wear a suit.”

It will be two years this April since that fateful suit-wearing day, and Australia’s team has grown from 8 to 16 people. Although there’s a local startup buzz around the office, it comes with a big, global twist. “We’re a small team but with huge resources behind us: technical resources and intelligent, experienced people around the world who are just a phone call away.”

Keep reading and get to know more about Bilal and how he’s creating his own path in Adyen and the APAC region. 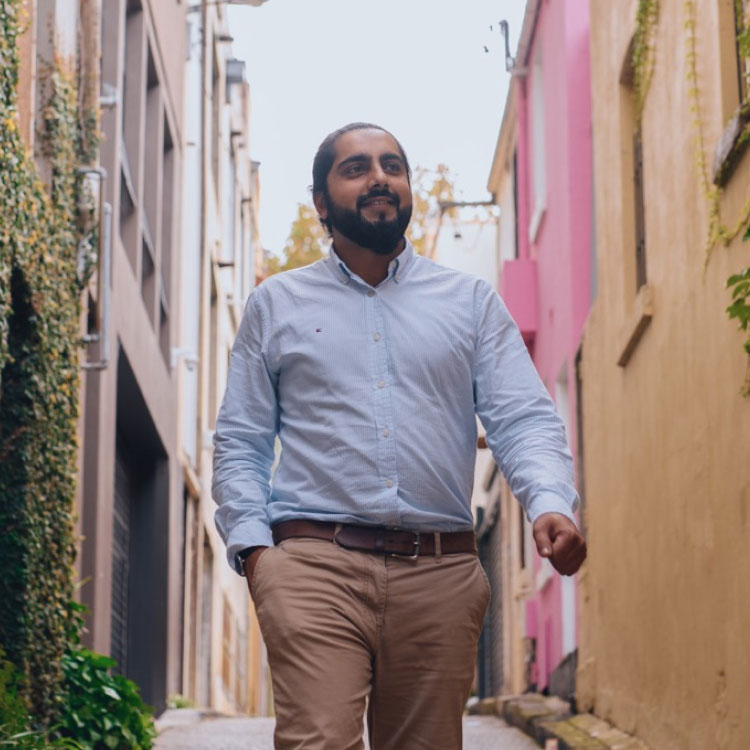 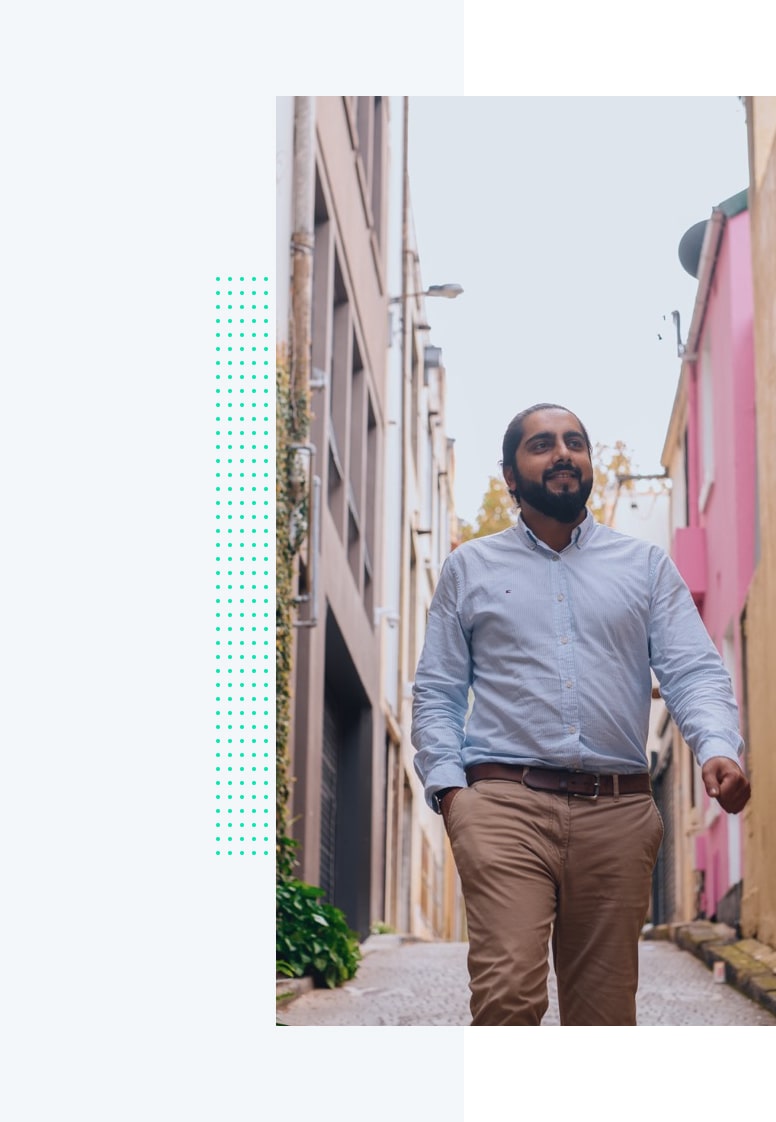 What keeps you coming to work every day?

The technology. We underestimate how advanced we are on the tech front. Comparing ourselves to the big tech giants is not an understatement. We’re making an impact on both merchants’ and shoppers’ lives – we’re transforming the way they pay, making it seamless and easier for companies to grow. We’re finding new ways of doing things and looking at the payments industry differently. That keeps me going.

“Comparing ourselves to the bigger technology companies is not an understatement.”

How would you describe a typical day in Adyen?

There isn’t a “typical day.” We’re constantly looking at ways to expand into different markets and roll out new technology which means things are always changing – and fast. The only thing constant for me is my 9:15 a.m. coffee from our local barista and that I try to leave around 3:30-4:00 p.m. Because we’re working across time zones, I tend to jump on calls with my global colleagues in the evenings, so this gives me a bit of extra time to enjoy my personal life.

Tell us about one of your peak moments at Adyen.

About a year ago we started working with a quick service restaurant (QSR) to pilot our mobile order application solution for drive-through. It’s changed QSR by enabling customers to pay directly through a paddle solution that’s brought to their car instead of having to pass their card to an attendant at the window. This is a first step for us in the vertical of QSRs. It was incredible to build the integrations we needed with colleagues in Amsterdam, and it’s creating a lot of buzz for us in the market here in Australia.

And a memorable facepalm moment?

During my first visit to our Singapore office, we went to a restaurant that boasts a “chili challenge.” The highest spice level you can typically go to is level seven, so that’s what I ordered. After eating the entire chili, I wasn’t feeling well the next morning. To make it worse, when I got to the office that day, a colleague said she wanted to take me on in the chili challenge. So, we ordered two more level sevens. She ate the full portion in just a couple of minutes. Shortly after, she was sweating head-to-toe and had to lie down on the sofa – she was really sick. I felt terrible and could only think, “why did I do this? Why did I take on the challenge?” The whole event has traumatized me. I won’t take on any more chili challenges!

What’s it like for you working in an office far from HQ?

It’s easy. We’re informal as a company. There’s almost no hierarchy, which means there are straight lines and no barriers between management and everyone else. When we need support or want to sharpen our ideas, we pick up the phone and call or shoot over a WhatsApp – and we get a response.

Travel is also built into almost all positions within the company. We travel as much as we need to build connections and friendships. When you have those connections, and you’re working with people you care about on a personal level, it’s much easier to get things done because you know who everyone is and who to go to for what. 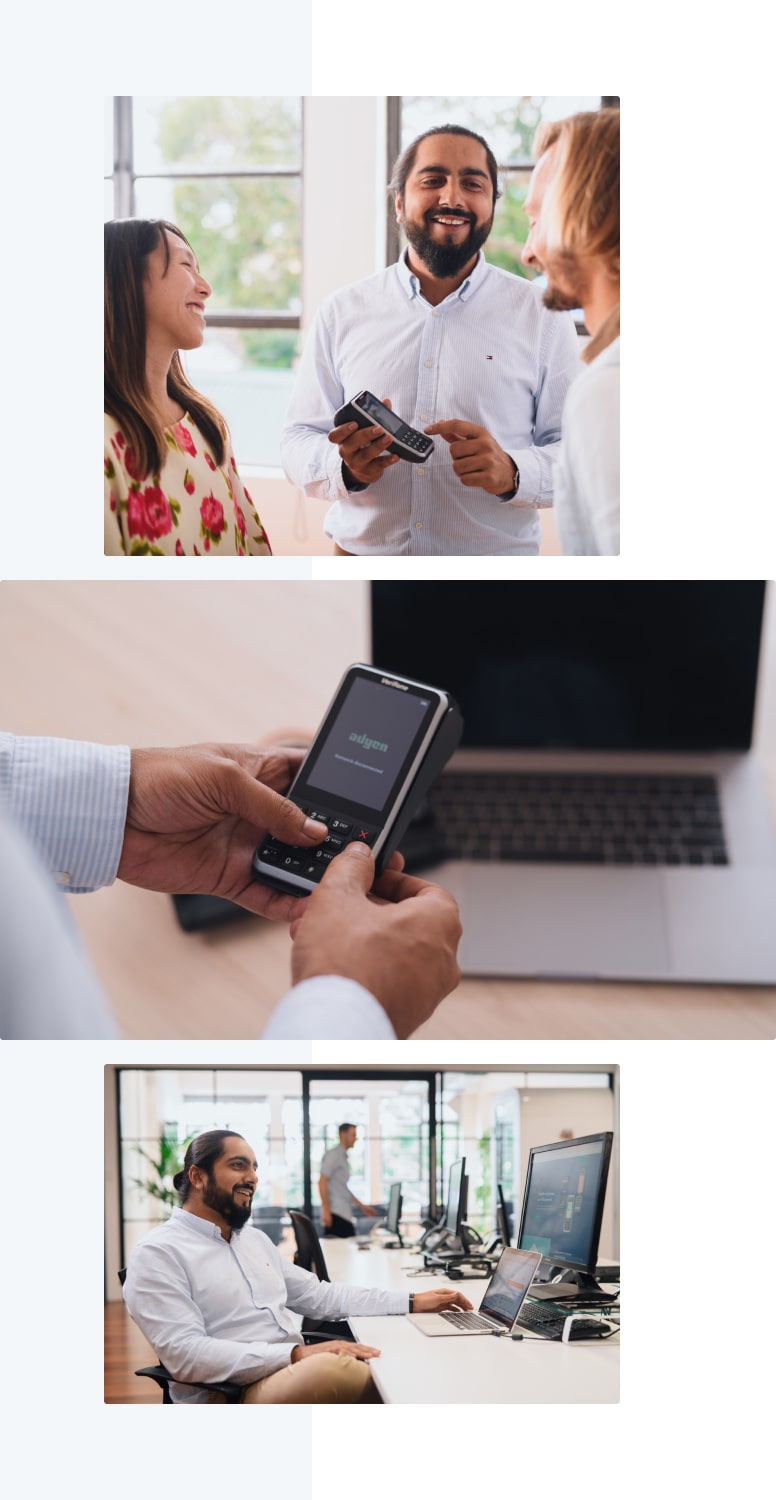 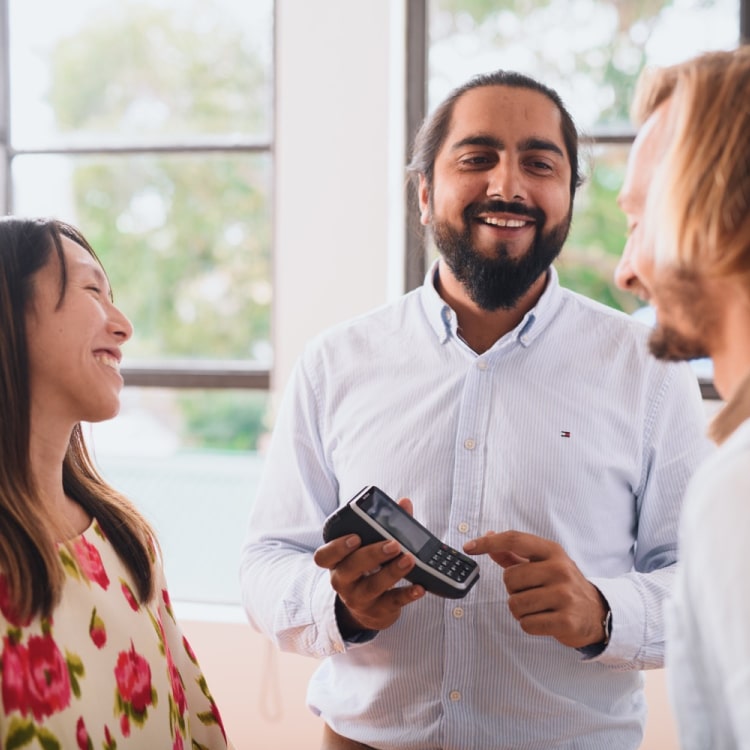 "One thing I think is really unique to Adyen is that there seems to be a unified link across all our offices. It doesn’t matter which office you walk into – whether it’s Singapore, Amsterdam or San Francisco – you always feel as welcome there as if you were walking into your own office. Of course, there are cultural nuances, but as a business, we all share a similar vibe and you get a “homely” feeling. I don’t know how we’ve done it, but we’ve done it."

“You always feel as welcome there as if you were walking into your own office.”

What’s the biggest challenge you’ve faced taking on the POS Operations role for the APAC region?

Working across time zones and remaining flexible with our third-party providers. We’re building our warehouses and managing the logistics behind our POS solution; there’s no standard blueprint or consistent provider that will work across every country in the region. We need to remain dynamic and fluid in order to move as quickly as our merchants need. It also means that our global team is constantly working together to solve these challenges.

Who would you pick as your mentor?

When I think of a mentor, it has to be someone I look up to and can speak openly with. I have a lot of these people around me but if I had to name only one, my mentor today would be Paul Barns, our Team Lead, Implementation & Support in APAC. I really admire him. Paul’s helped me understand the Adyen culture and learn what we’re about as a company on a deeper level. He’s also someone I can chat with easily. I know that I’ll always be able to connect with him and get the right advice, no matter where we are in life.

How would you describe your day job to a child?

My job is to make sure shops have their technology in place for people to buy things.

Do you think you chose this role, or the role chose you?

I would say the role definitely chose me – over time. My initial role was advertised as a project manager and implementation manager combination. The one thing I learned quickly here is that you make your own role in Adyen – if you want it and it’s right for the company, you can make it happen. My passion led me more into the operations side of the business because I just started doing it.

“At Adyen, our engineers are our biggest resource; we’re helping our merchants grow because we’re growing the technology. We’re literally transforming the way people interact with payments.”